Hello everyone! For today’s post I wanted to share with you my first impressions on two fake tan’s I purchased. Both are standard high street ones, at a reasonably low price, and can be found in any drugstore. The first is the Rimmel London ‘summer shimmer self tan mouse’, and the second is St Moriz ‘professional self tanning  mist’. I have used St Moriz self tanners before, but never a mist/spray, so I thought I would give it a shot, and as I was selecting it I noticed this moose by Rimmel, which was at a similar price, and I wanted to see how the two brands compared against each other whilst being in the same price range. So without further ado lets find out what I thought of them… 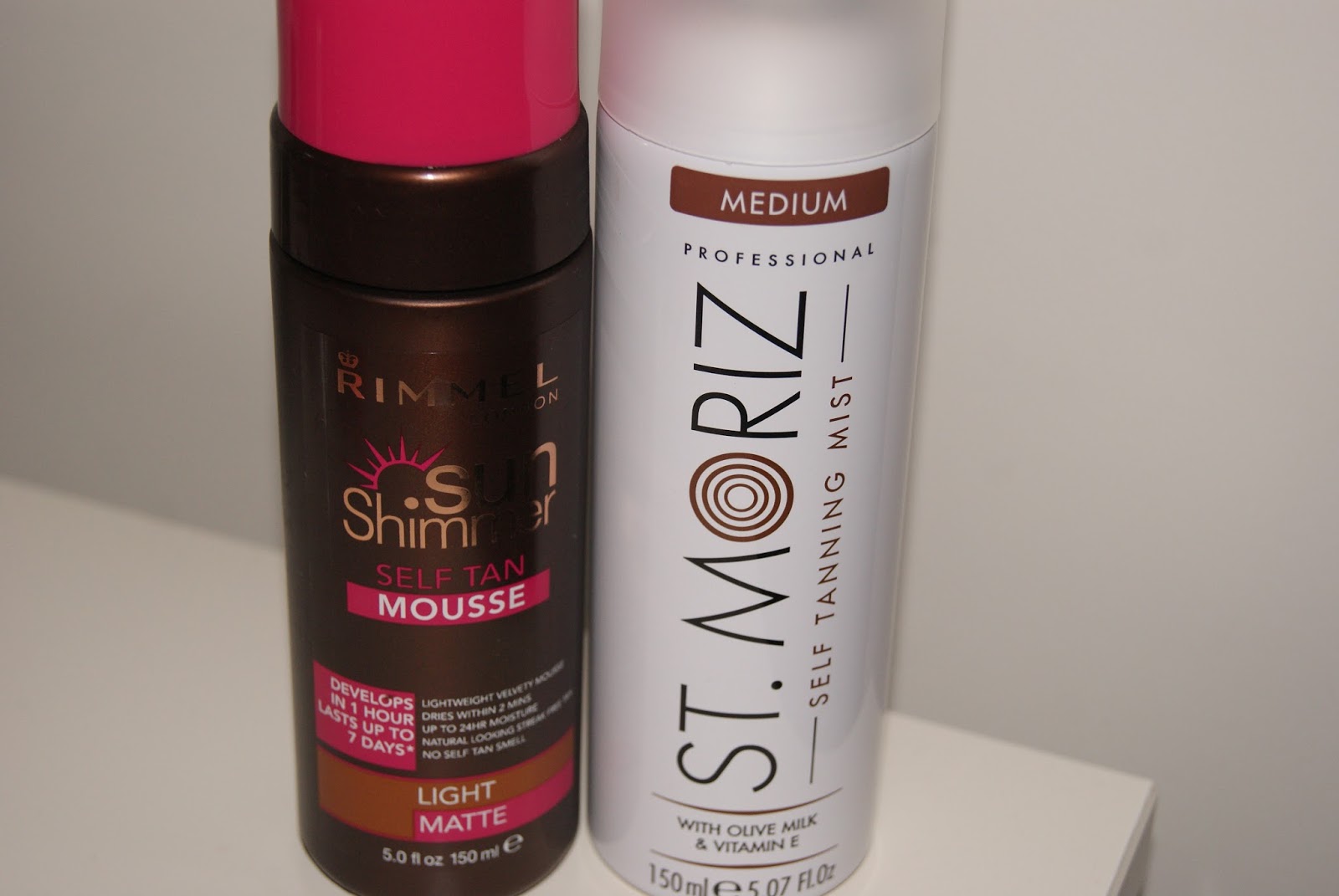 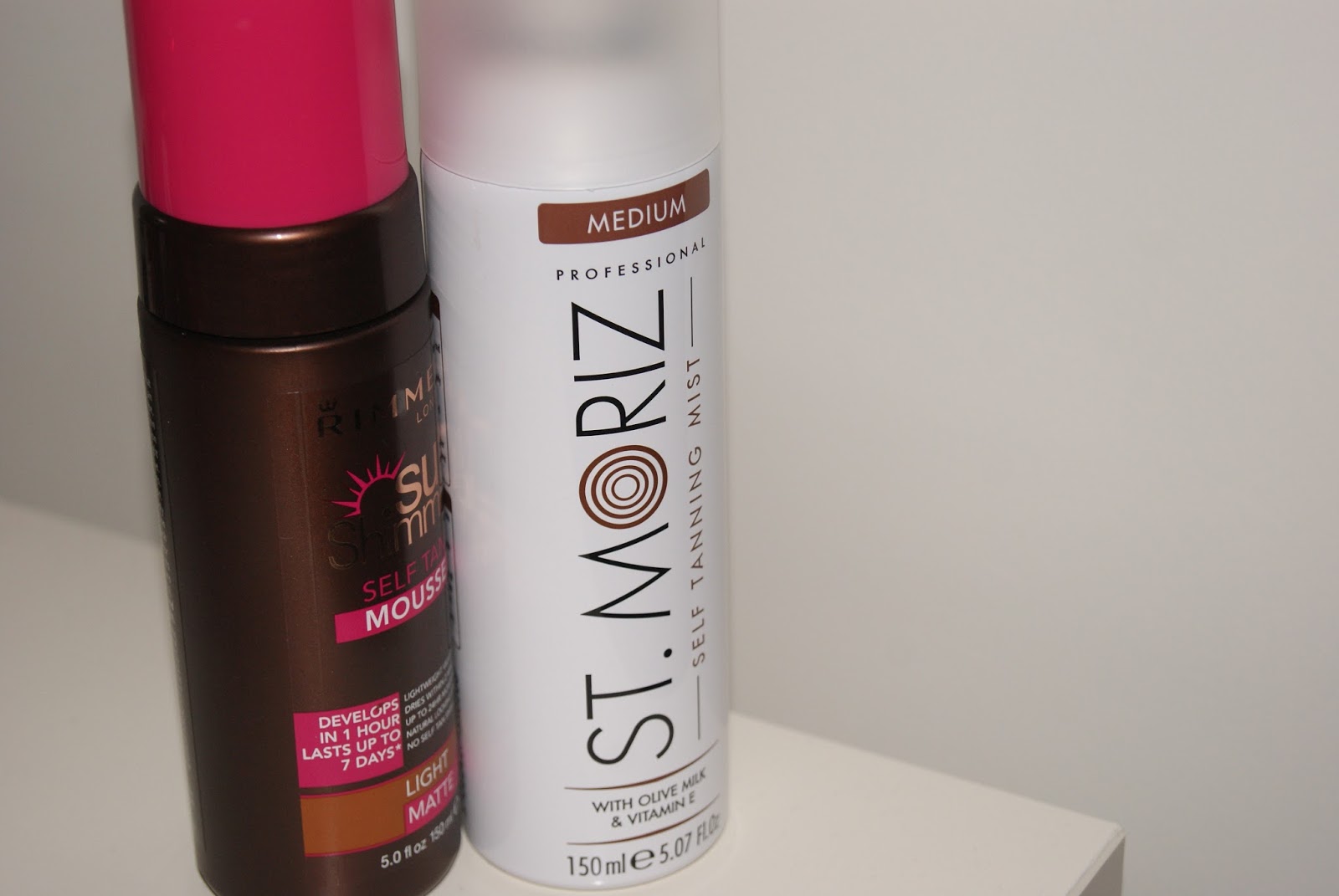 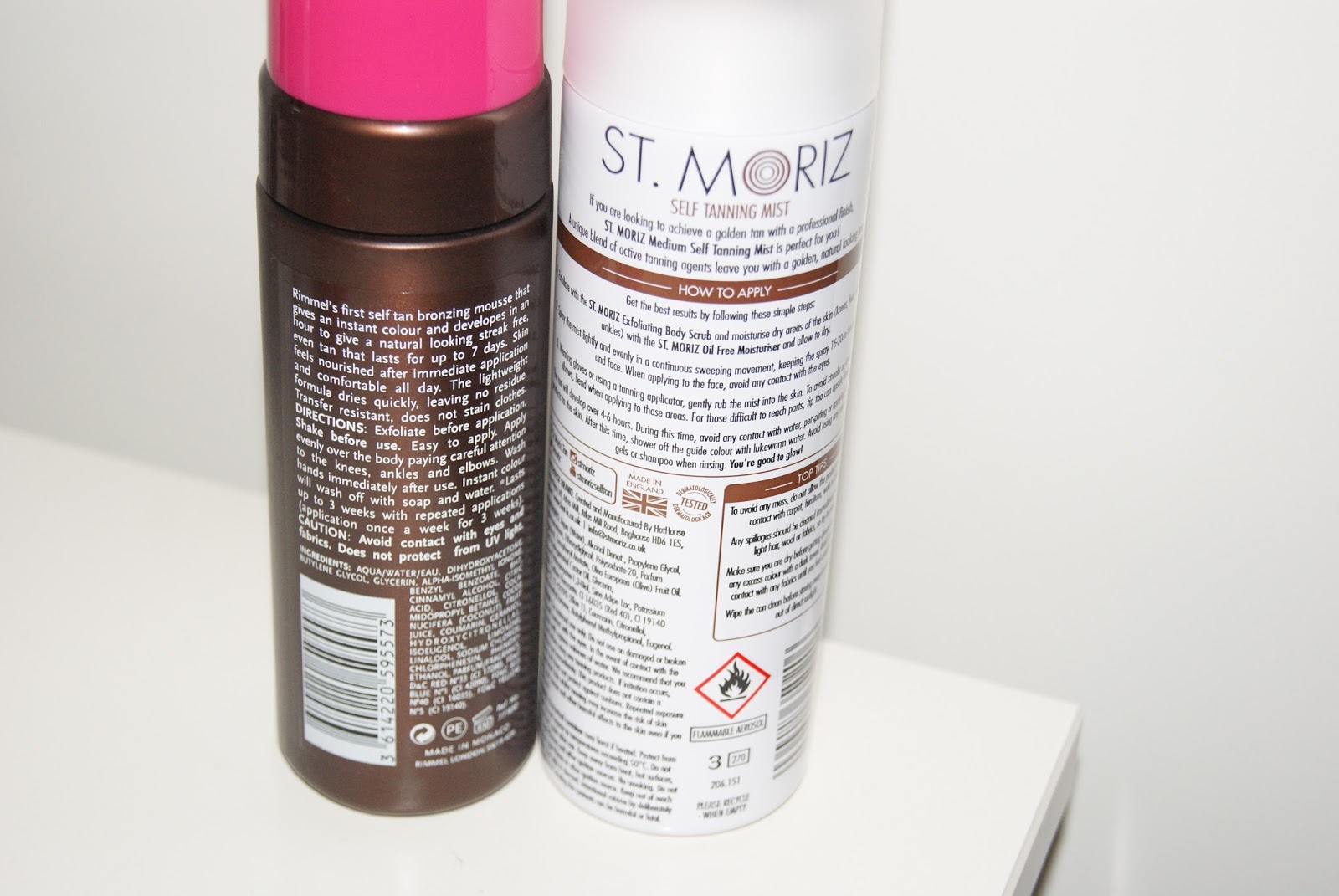 If I’m going to be completely honest, when I tried these two products I went in with an open mind, but came out with a clear favourite.

The Rimmel moose, in my opinion, is super easy to apply, dries within about 5 minutes, and only takes an hour to develop. I didn’t necessarily believe that it would only take an hour to develop, as stated on the bottle, but it did; and left an even glow, without looking patchy. The fact it develops so quickly makes it super convenient if you need a quick touch up before heading out etc; plus I hate having to sleep in fake tan/wait for a long period of time for it to develop; as I find it uncomfortable. The bottle states that the colour will last up to a week, or up to three with regular touch ups; and I would say that as the tan does start to fade, it fortunately doesn’t fade patchy which is a real plus.  The only thing that I didn’t like about this fake tan was the fact that it does have that bog standard fake tan smell, which I don’t find to be too pleasant. But I have to say that overall this tan has made a good impression on me, and I have continued to use it.

Now for St Moriz, I have used fake tans of theirs before, but the mist was completely new to me. The previous products by them have worked reasonably ok for me so I assumed that this product would either be of the same quality or better. But this fake tan isn’t the one for me, I didn’t find that it blended well into my skin, even though I was well exfoliated and moisturised, and when I washed it off it was slightly patchy rather than a smooth, even tan. This tan also takes ‘6-8’ hours to develop which is another aspect that I don’t like, and I know that this is the case for most fake tans, and not just this one; but I do definitely prefer one that develops more quickly. The smell is the same as the Rimmel one, so on that front my opinions were no different to each other, and I’m still on the hunt for a nice smelling one.

Which fake tan’s do you use? And if you’ve used either of these before, what did you think of them?
Shelley x