Hello everyone! Now if you’ve been following my posts on twitter and instagram, you’ll know that I’ve just returned from a lovely week away in Kallithea, Rhodes with my wonderful boyfriend. This was our first holiday together, and we wanted a really chilled out, relaxing week in a beautiful hotel. We stayed at the Kresten Royal Villas and Spas, where I’ve actually been to previously, and I thought it’d be a good idea to put together a review post on what I thought of it. 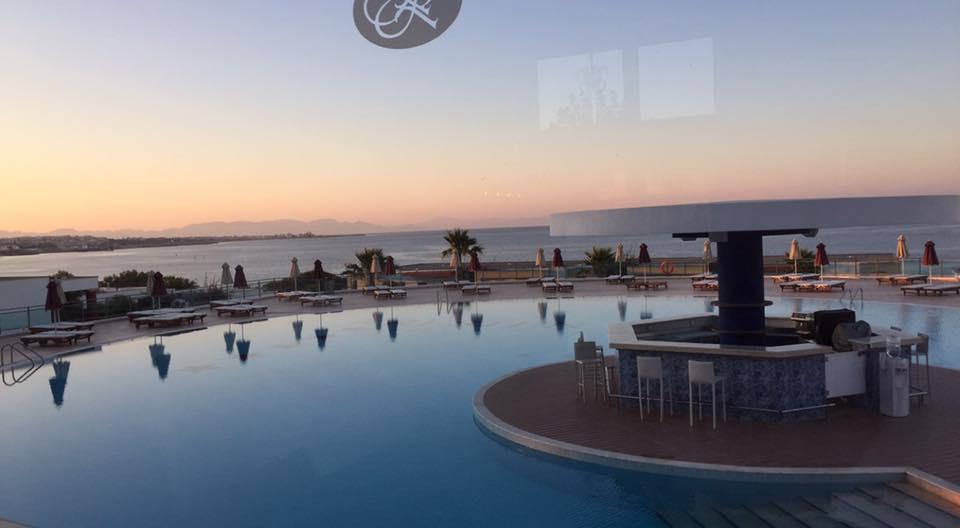 So let’s get straight into it.. what I loved about my stay at this hotel and why… 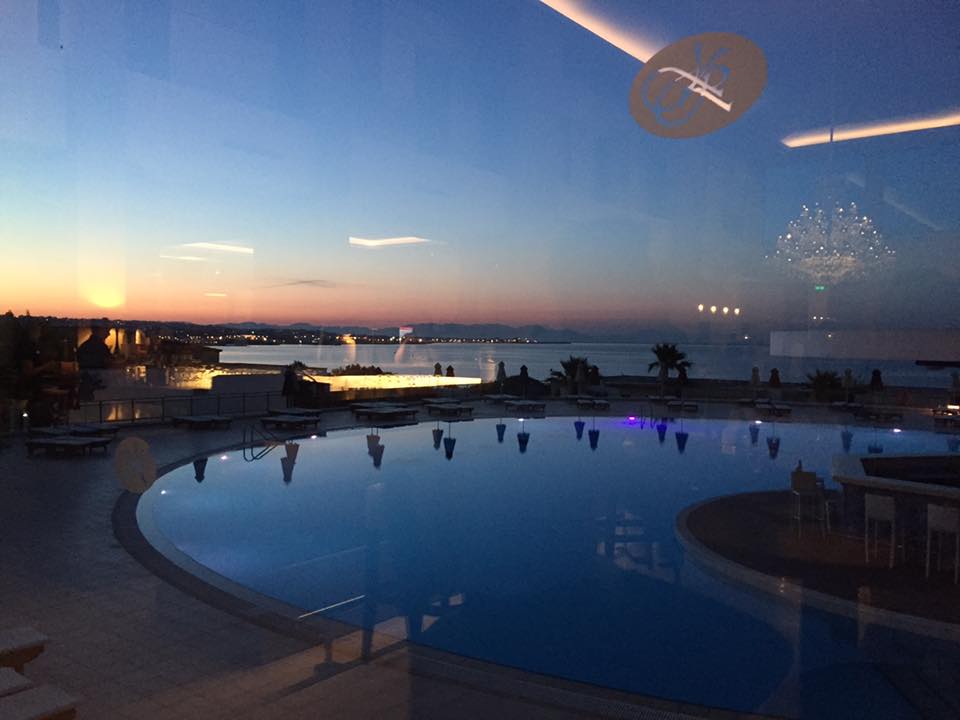 The first thing my eyes were drawn to as soon as I entered the hotel was the beautiful lobby bar that overlooked both one of the swimming pools with a pool bar in the center, and the sea in the background. When me and my boyfriend were checking in, we knew that a quick change was in order to head straight for cocktails. 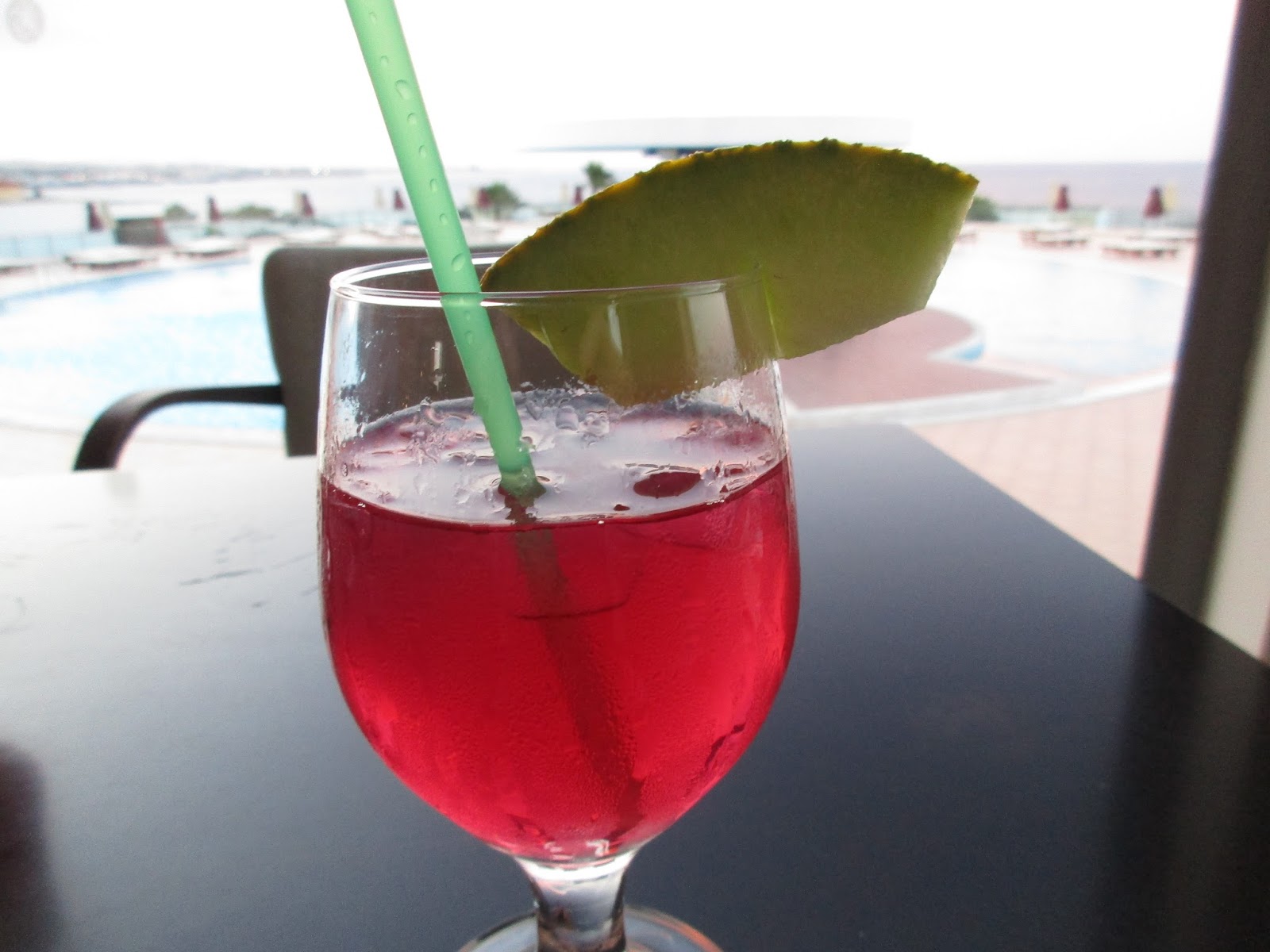 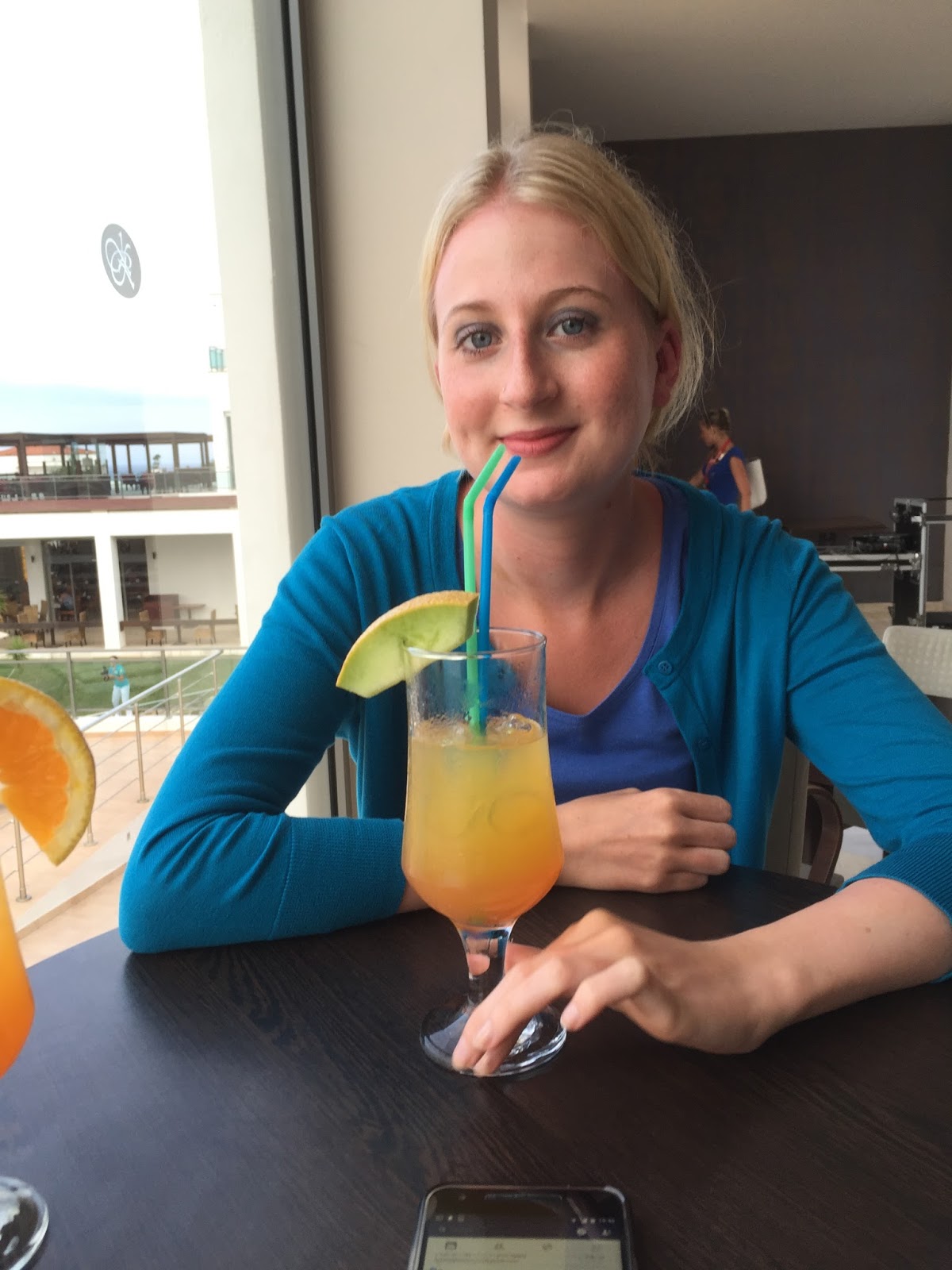 In all honesty, we spent the majority of our nights sat by the bar, watching the sunset, sipping cocktails that were well presented, and tasted great. The all inclusive cocktail menu was wide-ranging, and included almost anything you could think of asking for; the only cocktail that is a favourite of mine that wasn’t included in the all-inclusive menu was a mojito; but there was so many of my other favourites that I didn’t have a care in the world. In terms of our room, we were given a ‘promo room’ that was part of the package holiday we went with provided by jet2holidays; and I have to admit that I had doubts about what the room would be like, and particularly, what sort of view we would get from our balcony. But my pessimistic attitude couldn’t have been more irrelevant, and I was more than impressed with the room. We had a double bed, a sofa, flat screen television, a fridge alongside hot drinks, fresh fruit and water, and a large dressing table with mirror. Then the bathroom included a large bath with Jacuzzi functions, a shower, and again a large mirror. 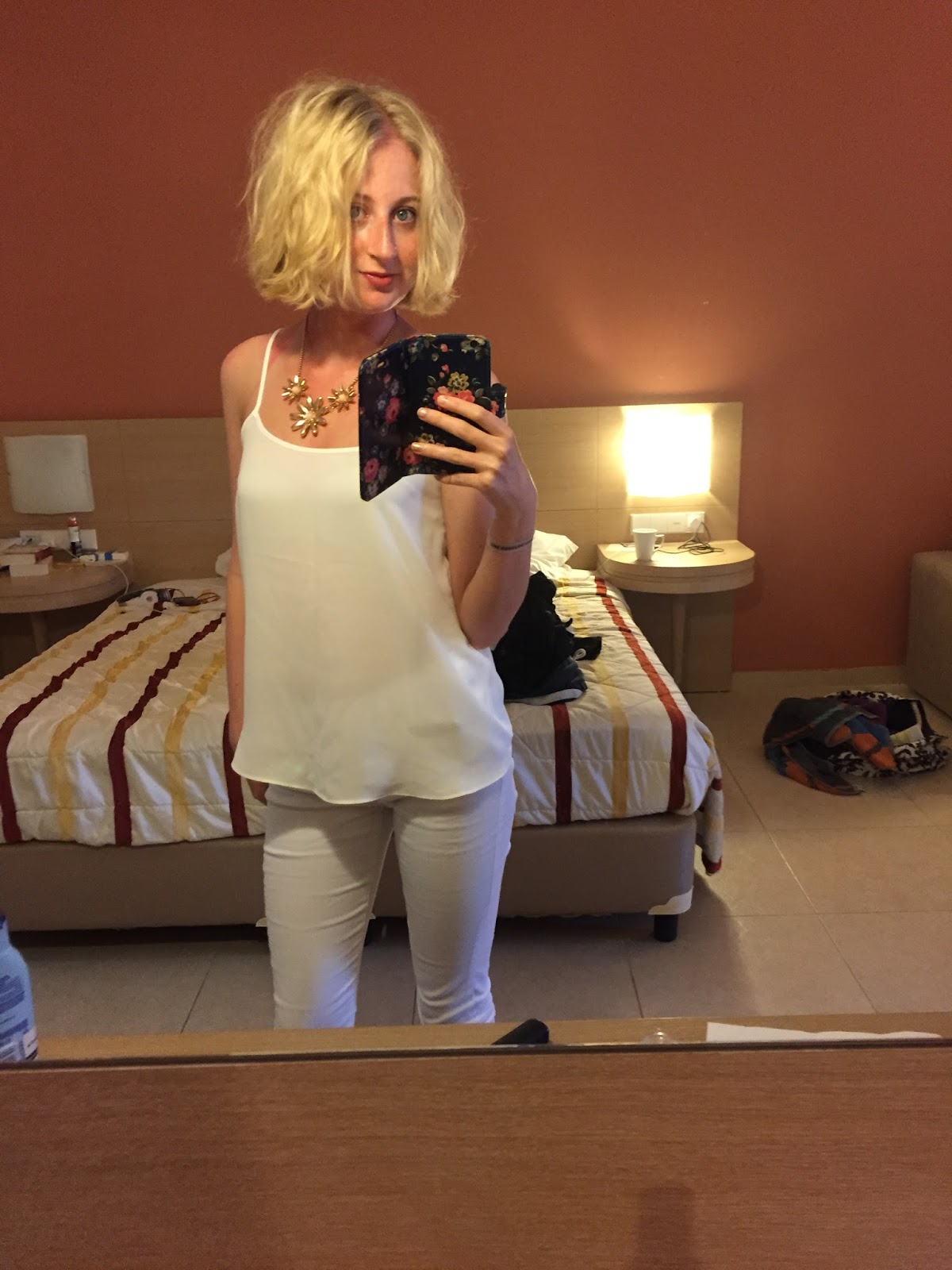 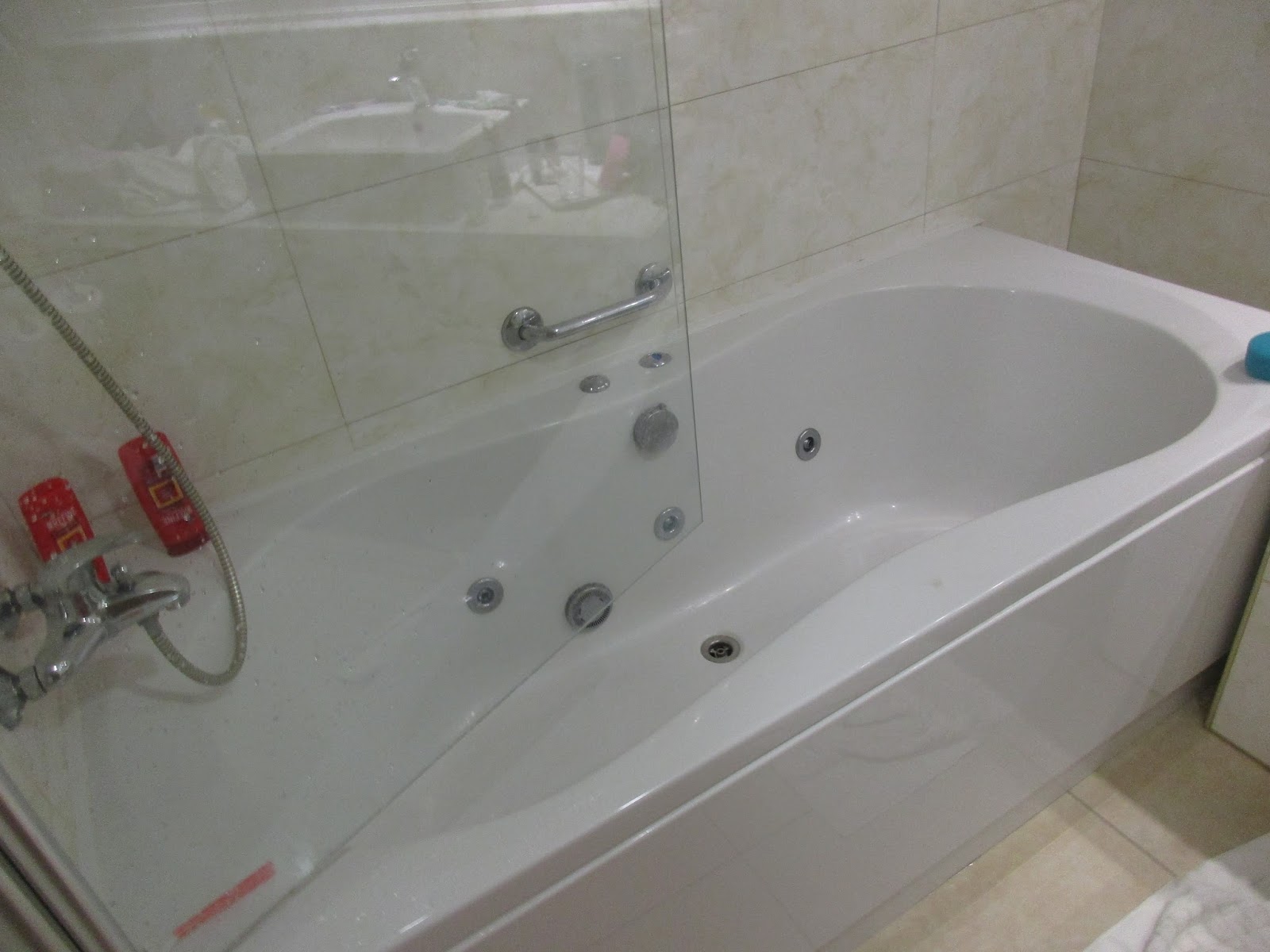 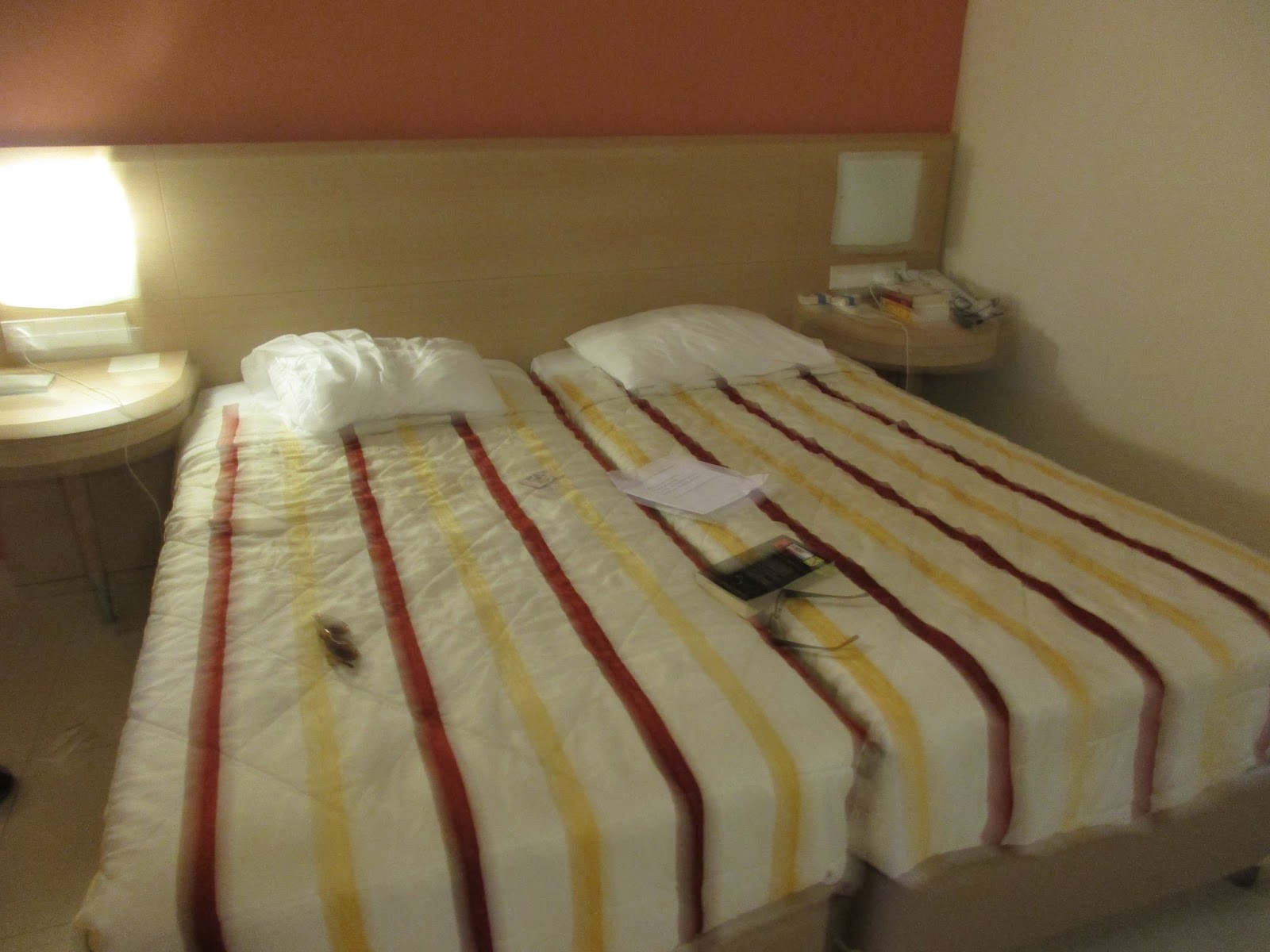 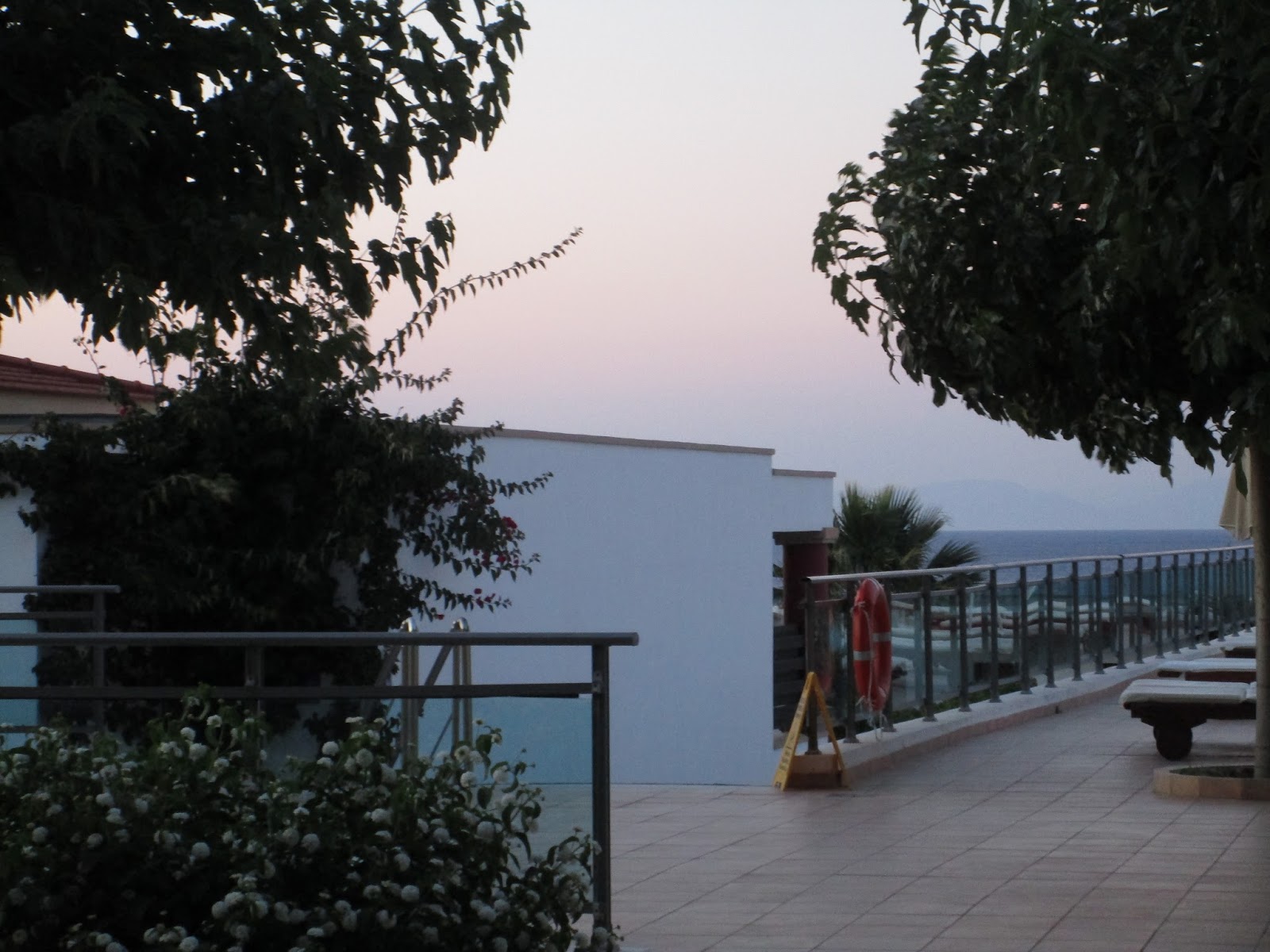 Then to top it all off, we had a lovely table and chairs on a large, open balcony that overlooked both the same swimming pool shown in the photographs taken from the bar, and again, the sea in the background which we both found peaceful, relaxing, and romantic. One evening, after having an earlier meal, we decided to get a bottle of wine, and spend the night relaxing on the balcony watching the sunset go down which was absolutely lovely.

The previous time that I stayed in this hotel, the room didn’t have a particularly nice view due to it overlooking out of the front of the hotel, so to have such a pretty one this time around was lovely. 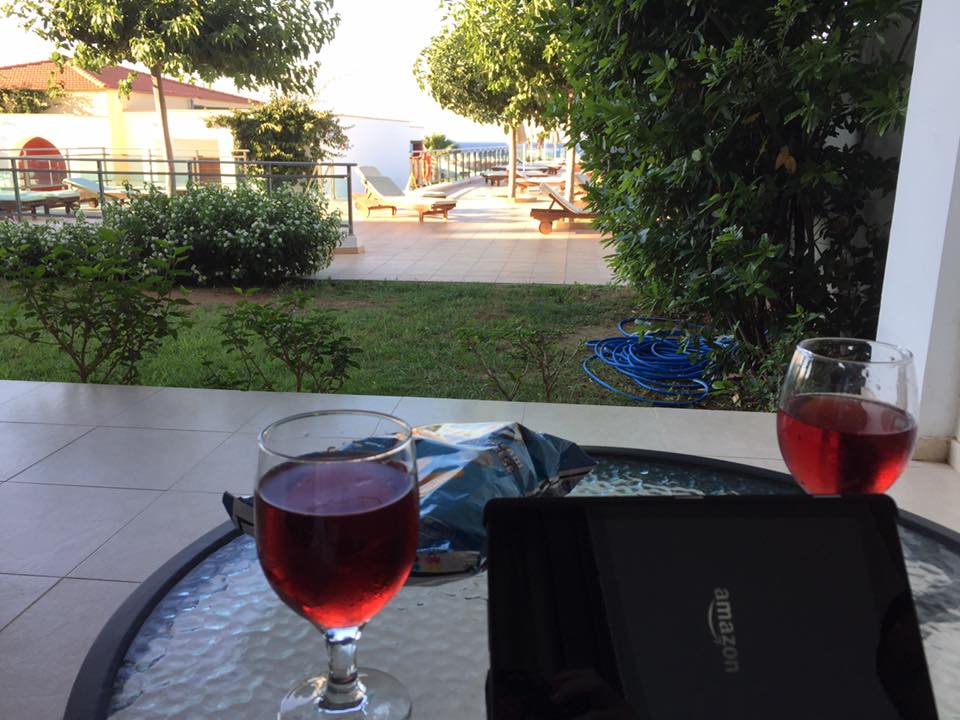 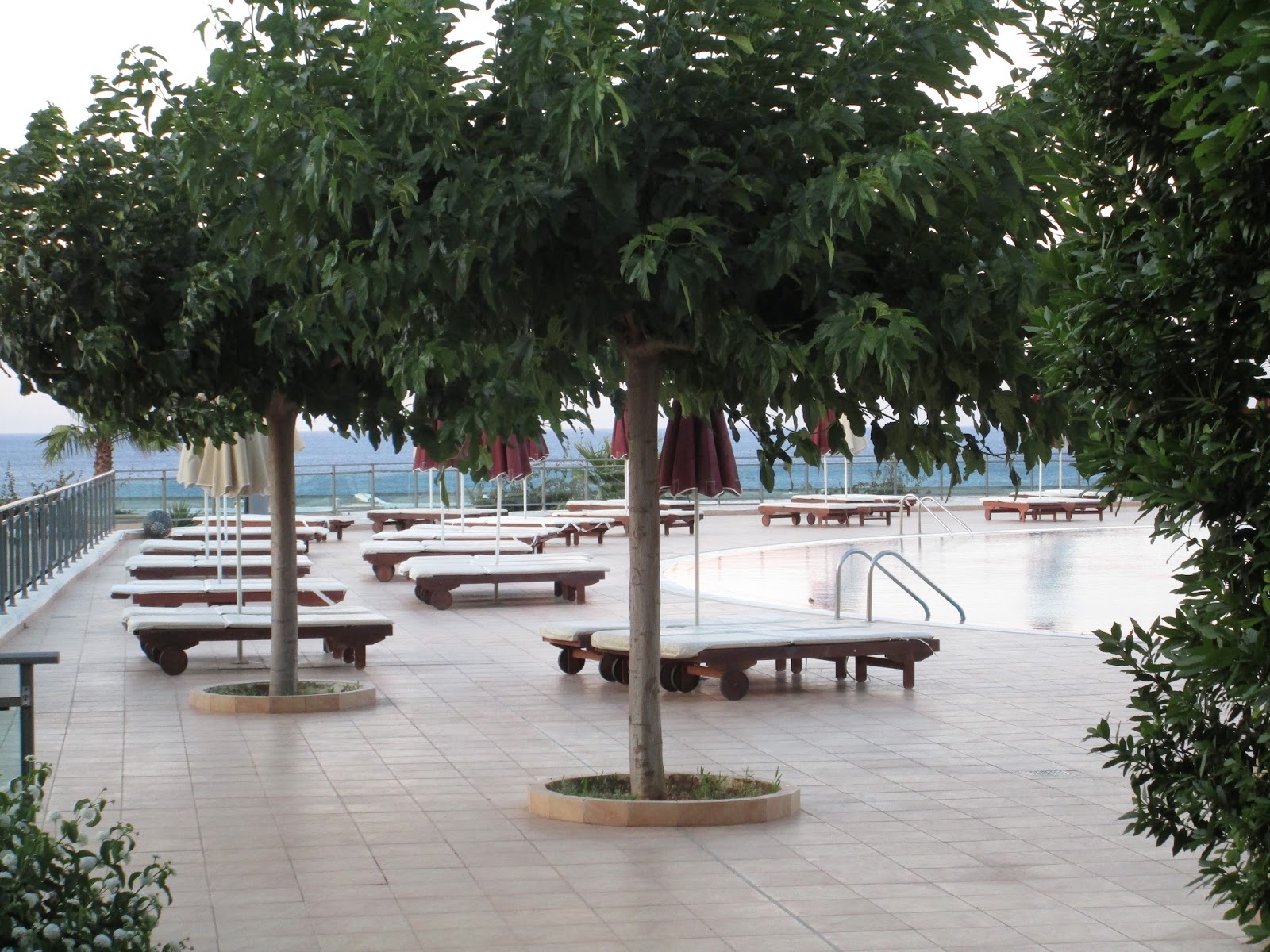 In terms of the food at the hotel, there was the main buffet-style restaurant that was open for breakfast, lunch and dinner, there were two alacarte restaurants; one Italian, and one Greek, and also there was a snack bar by the pool that was a buffet style running throughout the whole day. There was also night snacks provided in one of the bars which was a nice touch.

Although we didn’t have the chance to eat at the Italian alacarte, due the fact that it was fully booked when we wanted to fit it in which was a shame, when we ate at the Greek alacarte we were treat with excellent service. We had a beautiful five course meal overlooking the sea, in a quiet, romantic atmosphere – I distinctly remember almost all the guests in it that night being a couple.

The buffet restaurant offered a wide variety, for all different cultures and taste buds. Although this didn’t happen every night, one of the nights we stayed there was a Chinese theme, and the whole restaurant was decorated accordingly. 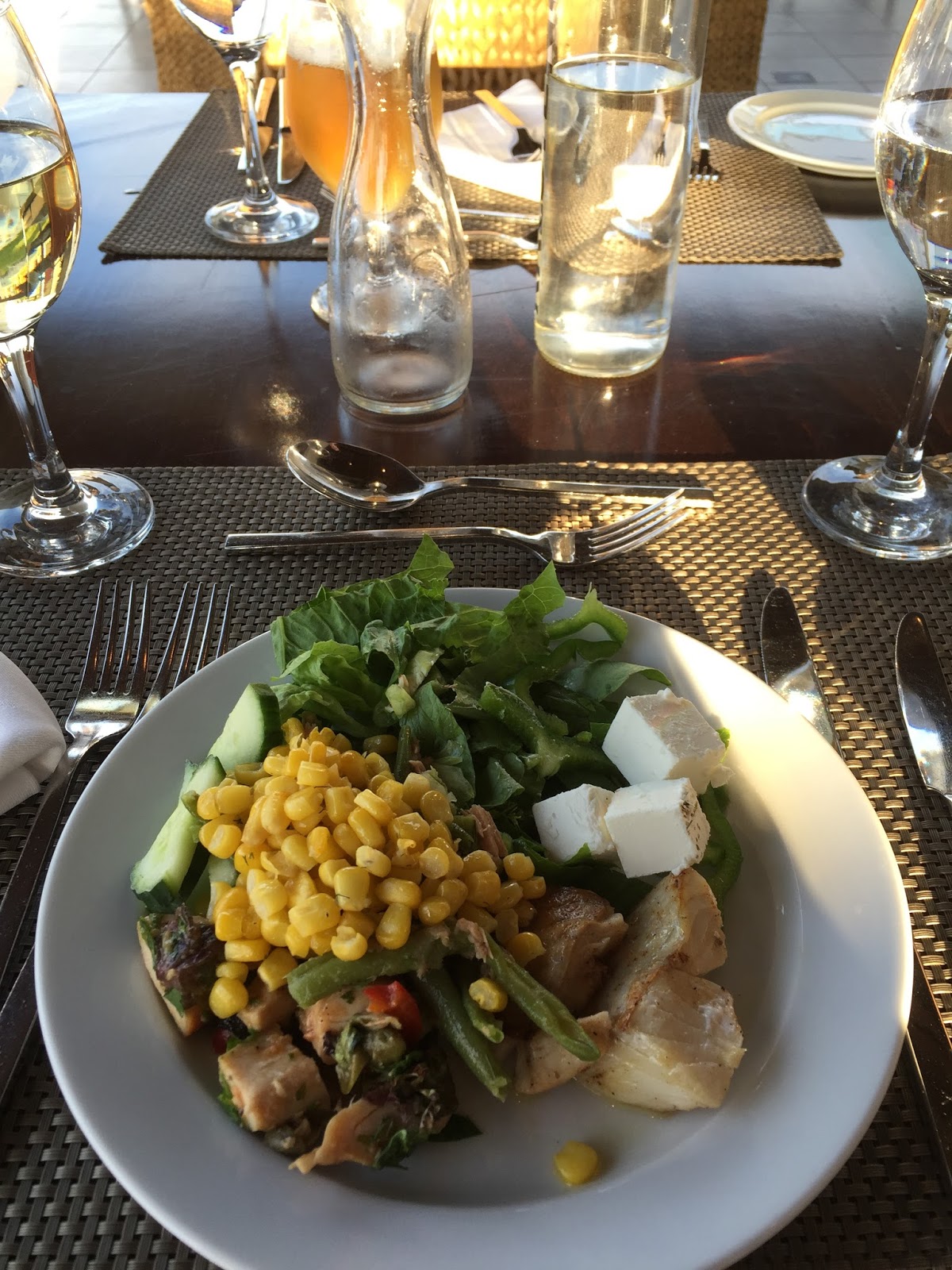 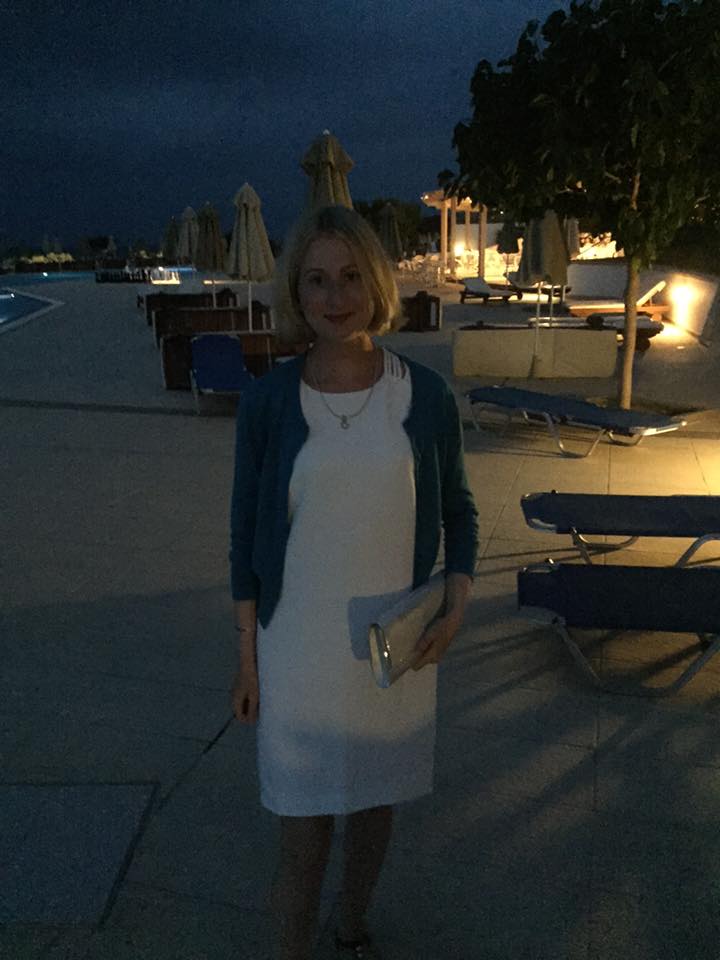 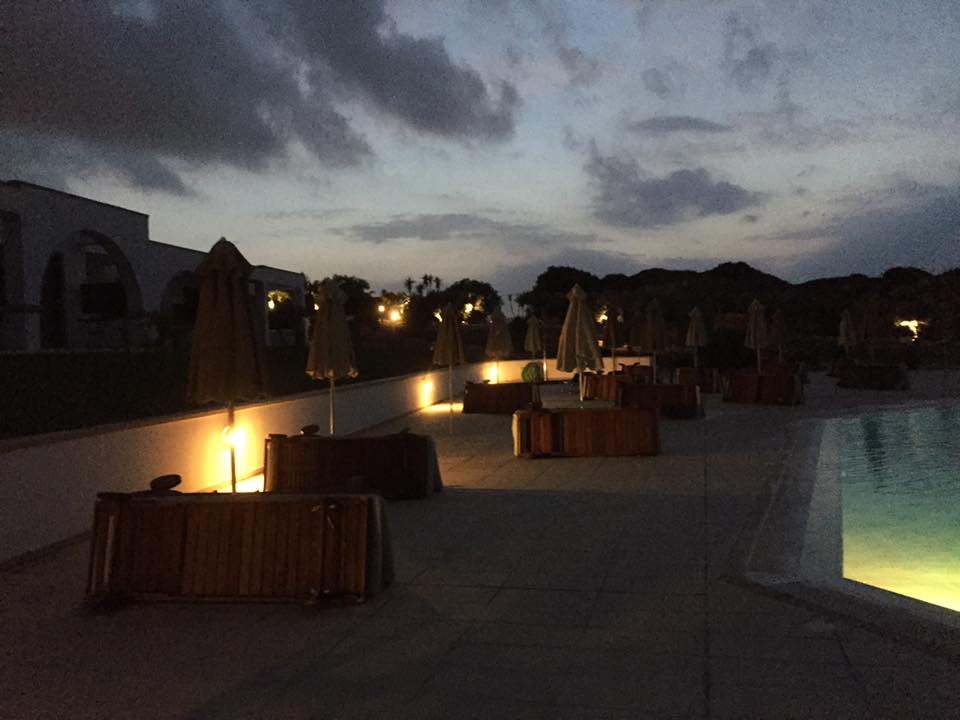 The next thing I simply have to share with you guys, that was quite possibly my favourite aspect to this hotel, is the little beach just below the large pool area, that was the most peaceful thing you could imagine. I’m not sure whether it’s because not that many people were aware of it, or whether people were put off by the fact that it wasn’t your traditional sandy beach, but there were several occasions where me and my boyfriend were the only people on it. 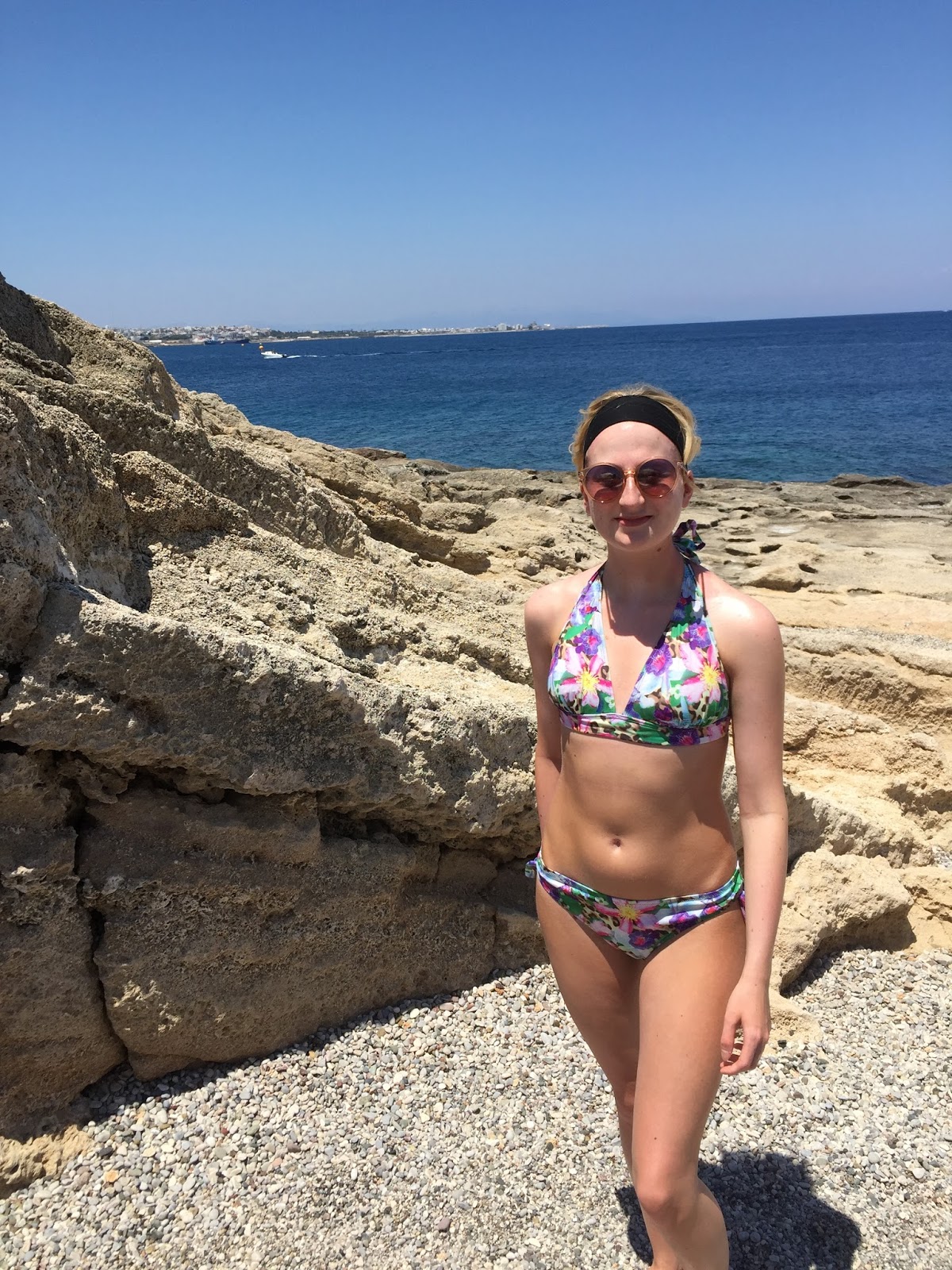 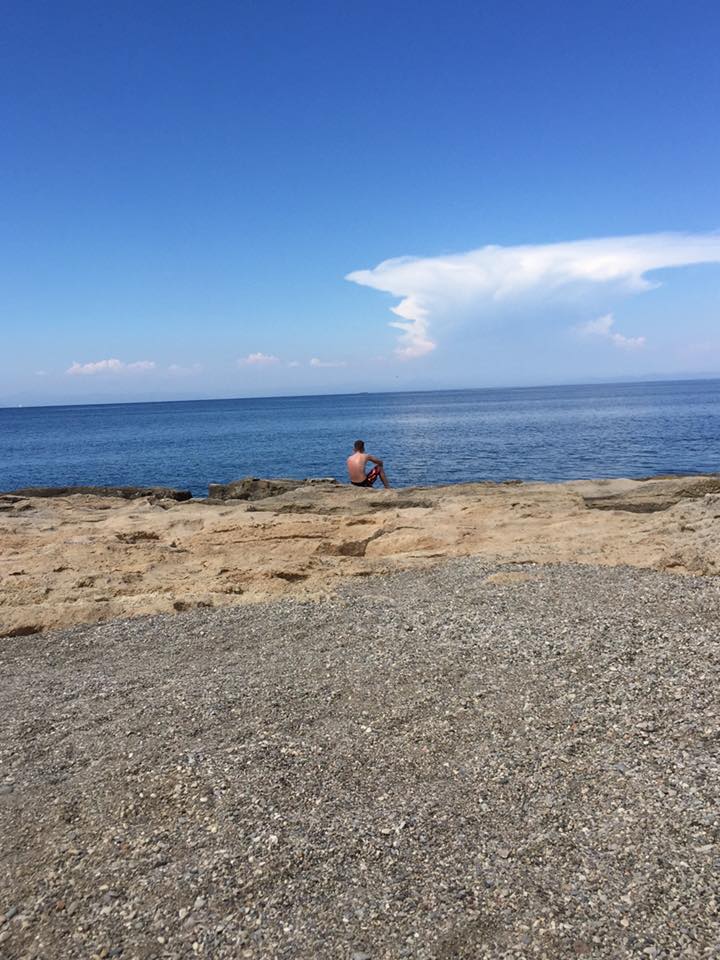 It really surprised me how quiet it was, and it was a nice little get-away for the two of us to just enjoy an hour or two of complete peace and quiet, with the sound of the waves in the background, and the feel of the sea breeze on our skin. 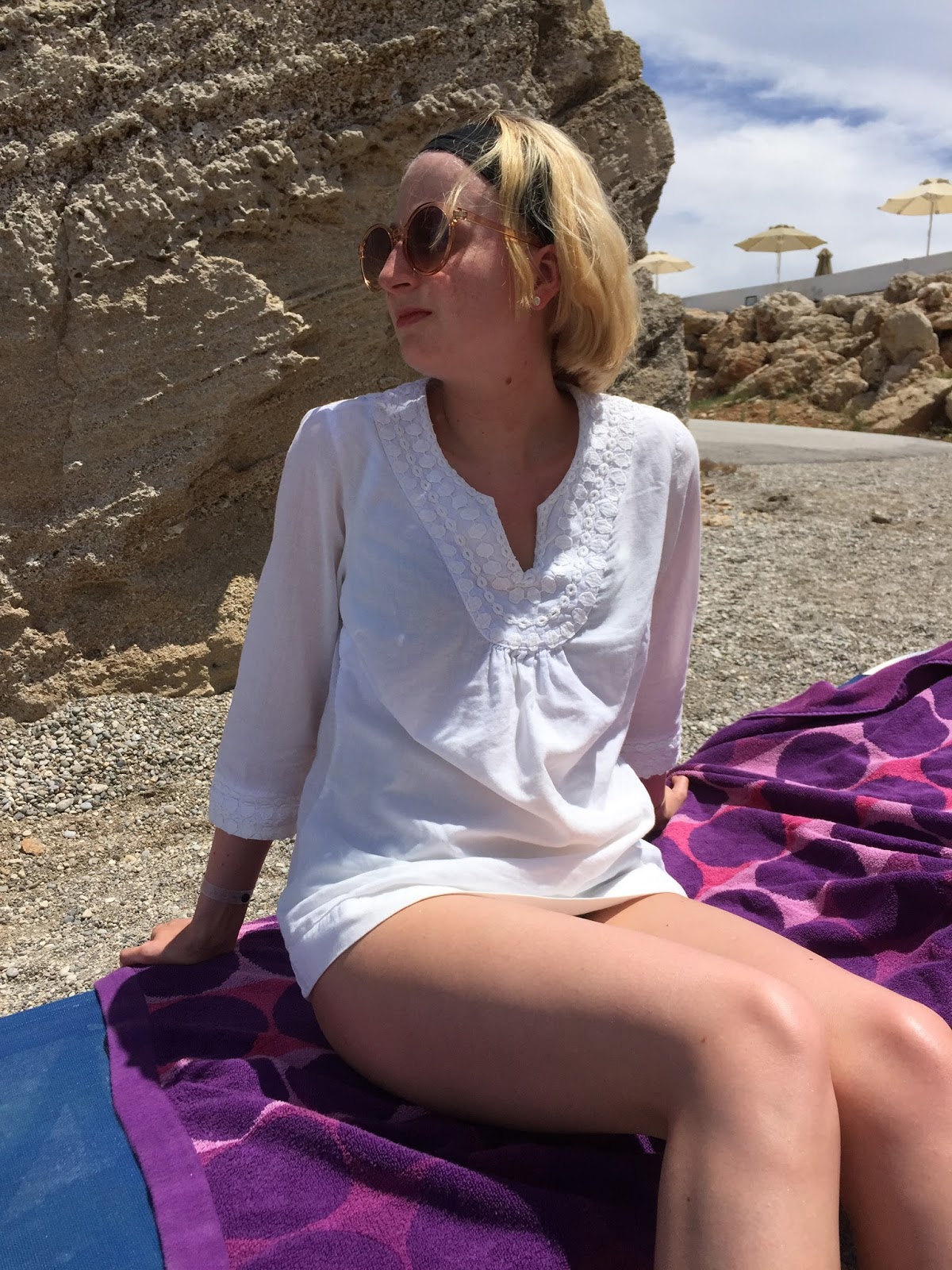 The hotel was a quick and easy bus-ride away from many of the beautiful sites of Rhodes, such as the old town and Lindos due to a bus stop being there right on your doorstep. Although, I have to admit that the majority of our time during the week was spent in the hotel, as a nice relaxing hotel-break was what we went away for; but we were never shy of things to do. 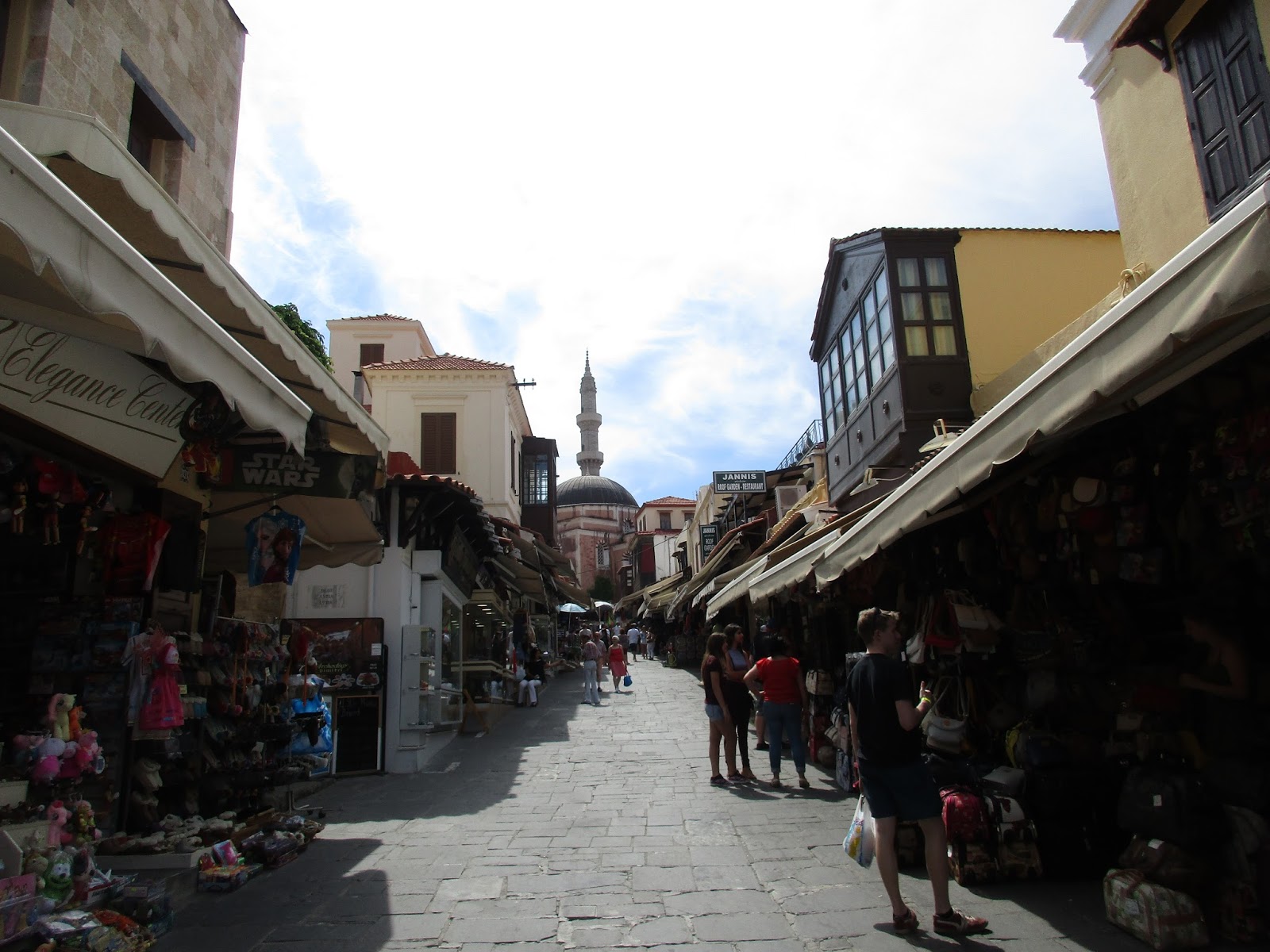 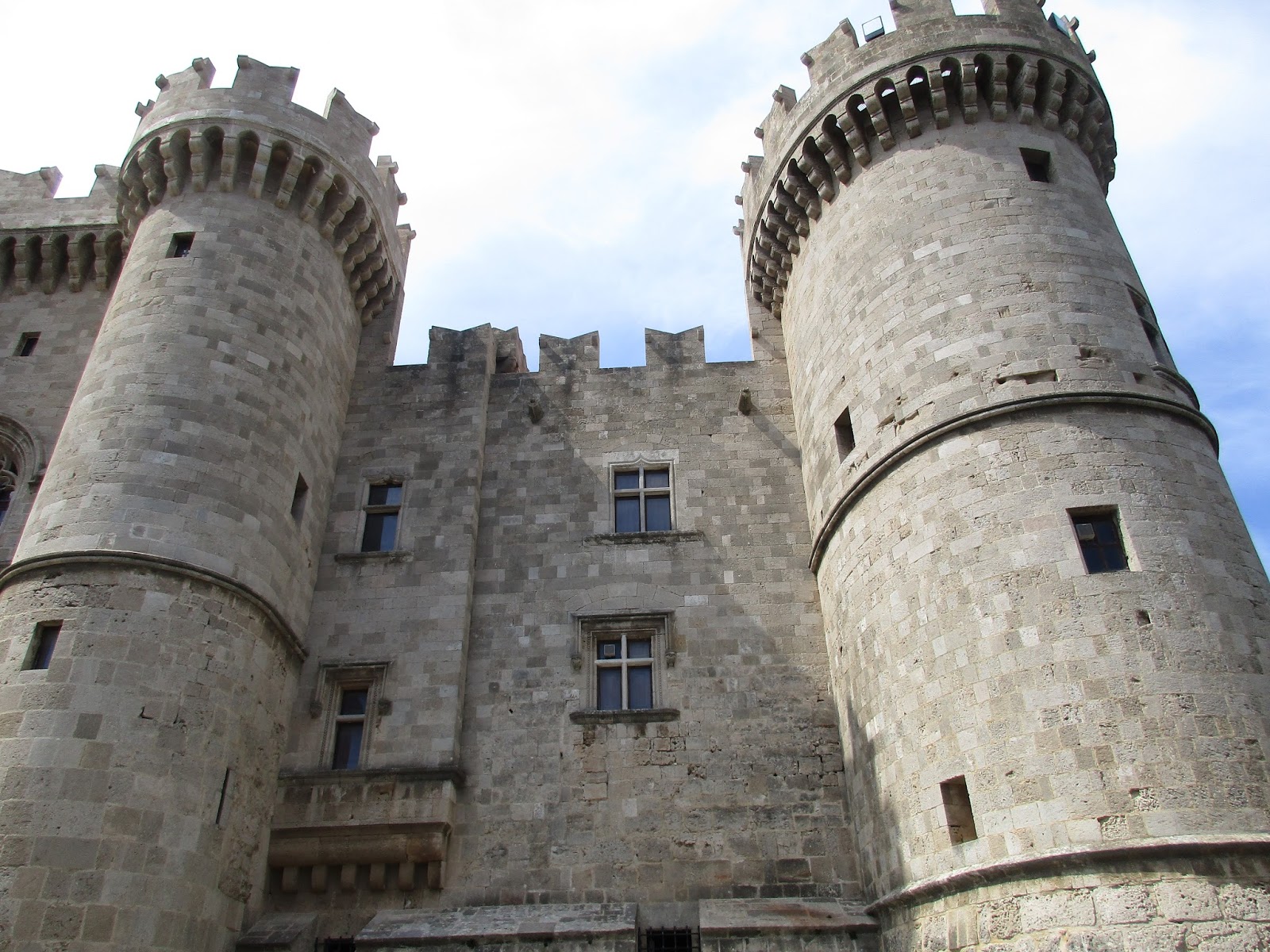 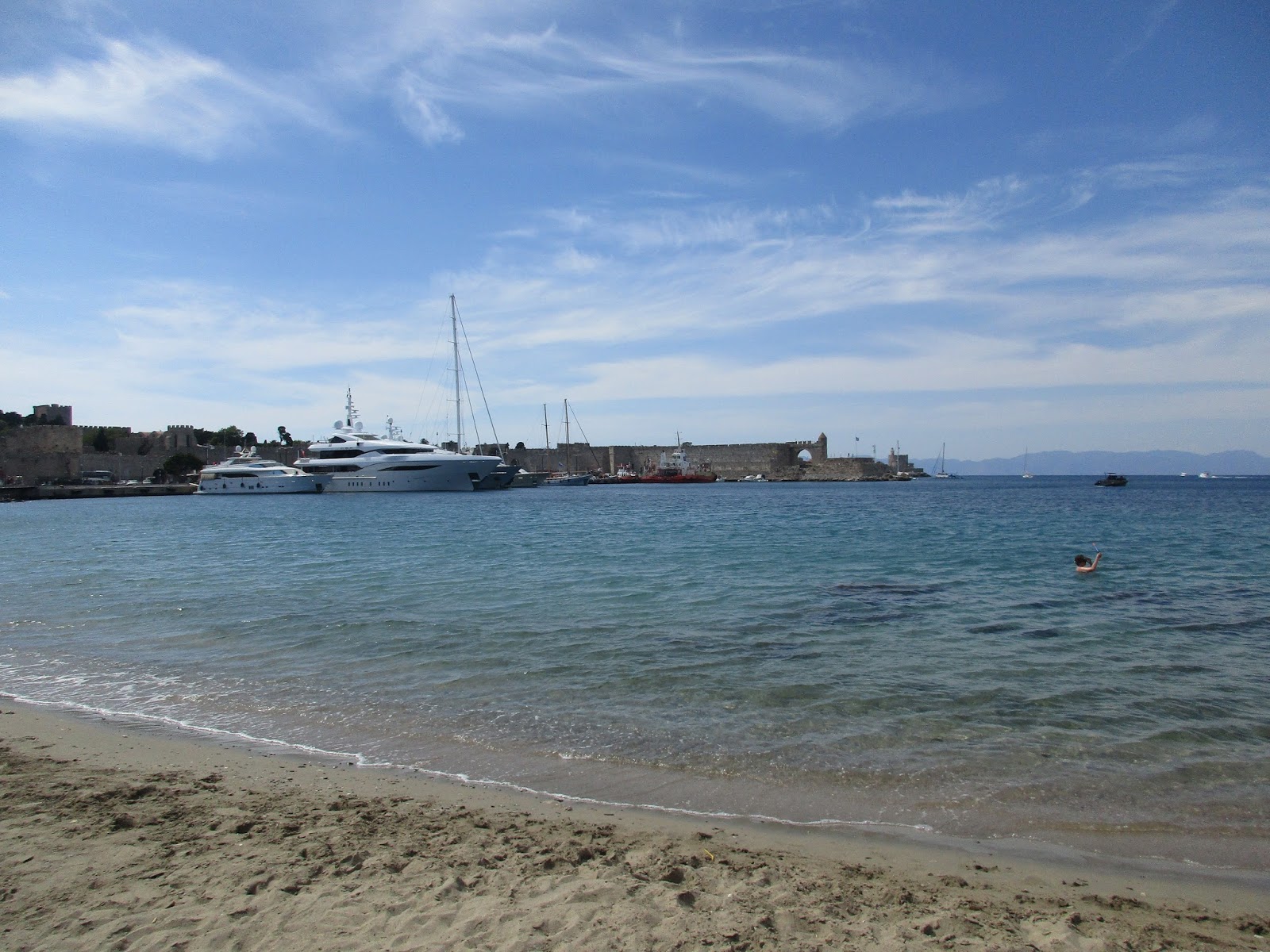 I can definitely say that I loved my week at the Kresten Royal Villas and Spas, and I’m so glad I returned to it. The one thing that I’ve come out of this week in mind with, is the thought that me coming back to this hotel with my boyfriend, as oppose to my family like I did previously, was much more appropriate. Although there are family aspects to the hotel, and both times I’ve seen numerous families staying there, I just get a much more couple-like, and romantic vibe to the place. To say that this was mine and my boyfriends first holiday together, I couldn’t have asked for a better hotel, or a better week.

I hope that you all enjoyed this post. Have any of you ever been to Rhodes, and if so, where about’s did you stay?

Speak to you soon,
Shelley x