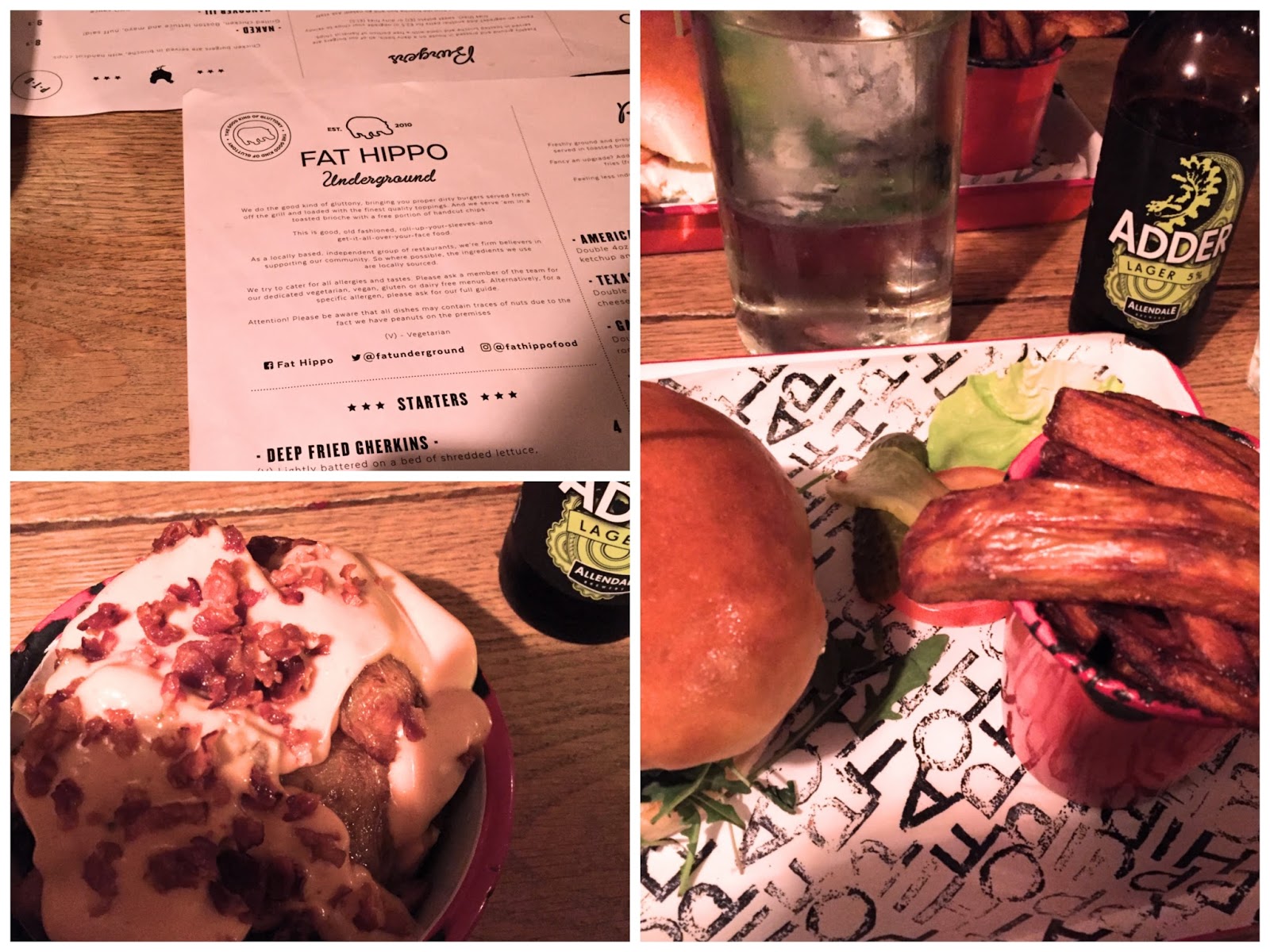 Hello everyone – after putting together my review of Handmade Burger Co I wanted to put together another of my thoughts on The Fat Hippo in Newcastle. This is somewhere that I’ve wanted to try since being a student up here as so many people I know have raved about it as being an amazing place to get a burger. So, what were my thoughts?
“> 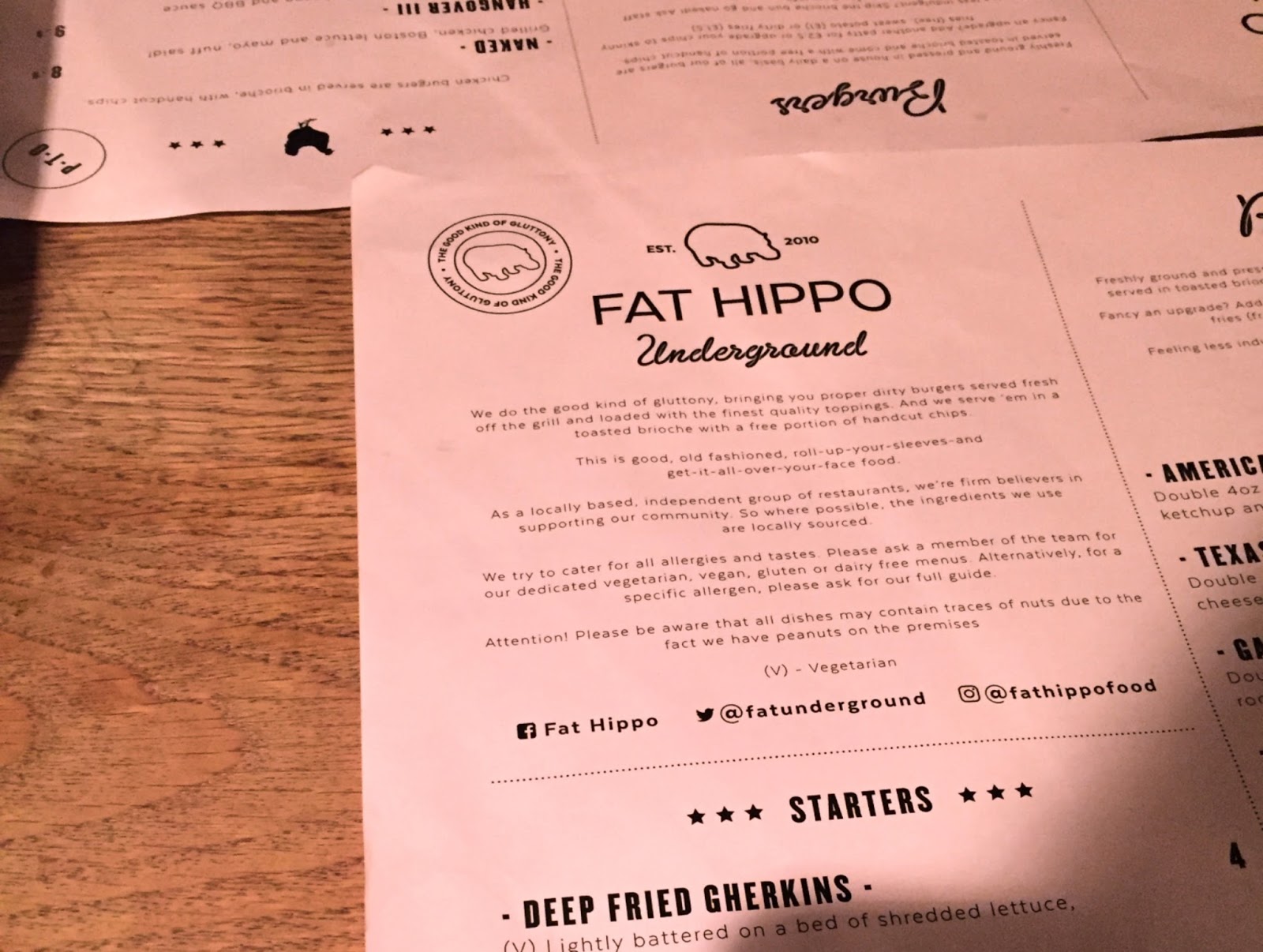 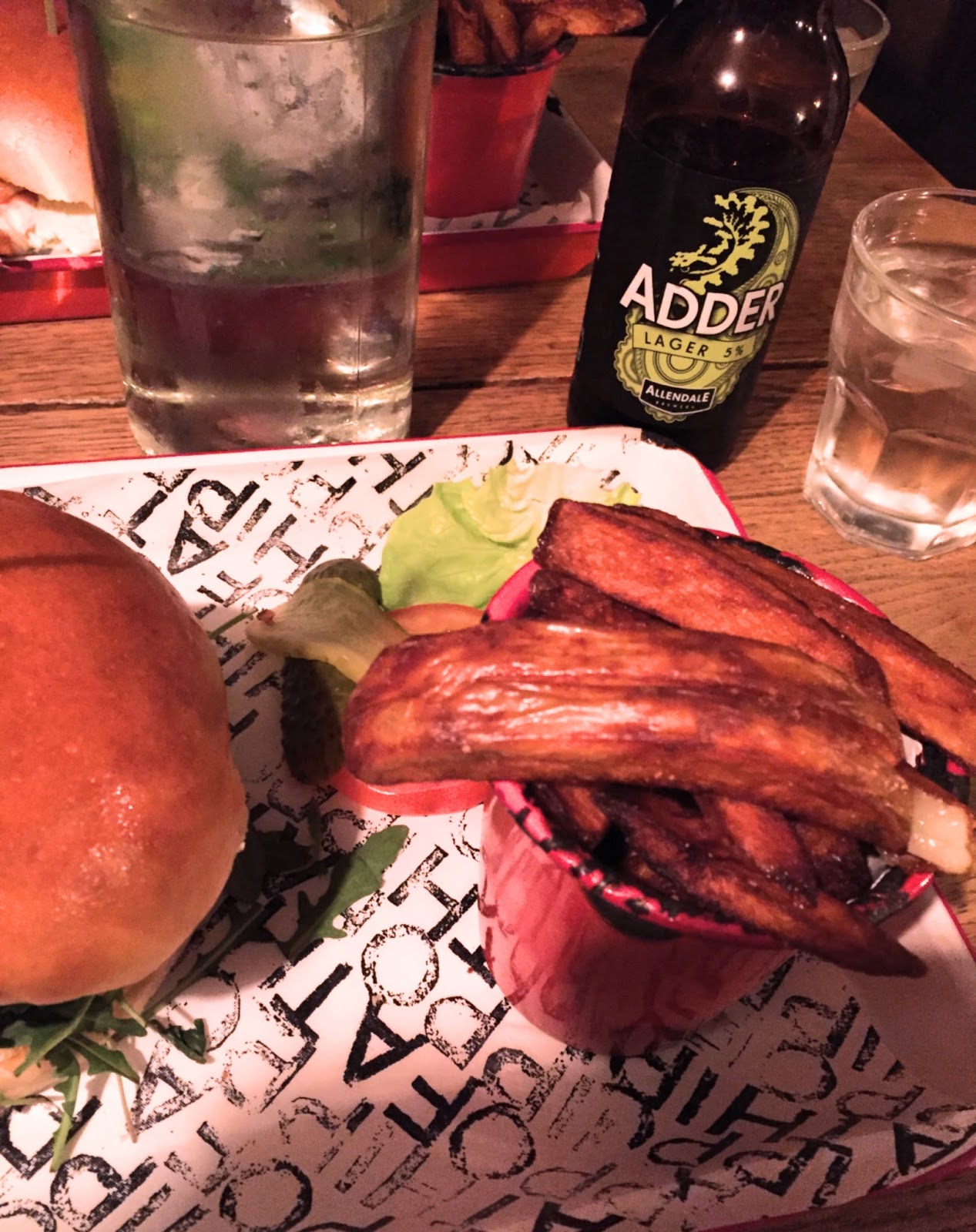 When I took my seat and took a look at the menu, I was instantly excited to order – it was such a tough decision for me and Greg to make a decision on what to go for.

We knew that they did ‘Dirty Skins’ as a starter, and both already had in mind to get that – and oh my gosh they were so tasty, although we probably should have got them to share rather than one each because the portion size was rather large. But I suppose it can only be a good thing getting good value for money. To drink we went for Black Adder lager, which Greg described as ‘the nicest he’d ever tried’ and I found it refreshing, and a perfect compliment to a burger and chips.

For a main, I went for the Spiced Bean Patty Burger with Handcut Chips. This was actually the first vegetarian burger I’ve ever tried, so it felt like a big moment. But as I was looking at the menu, although the chicken burgers were very tempting, I wanted to try something totally new and it was honestly such a good choice, veggie burgers will now become a more regular thing I can tell you that.  Although it had quite a kick of spice, the pesto-mayyonaise, and rocket was a perfect compliment. Because the Dirty Skins and Burger was so filling, I could only manage half a hand full of chips before I was completely full. I like that each burger comes with a portion of chips, it can be quite a dilemma and get a little pricey when no sides are included. 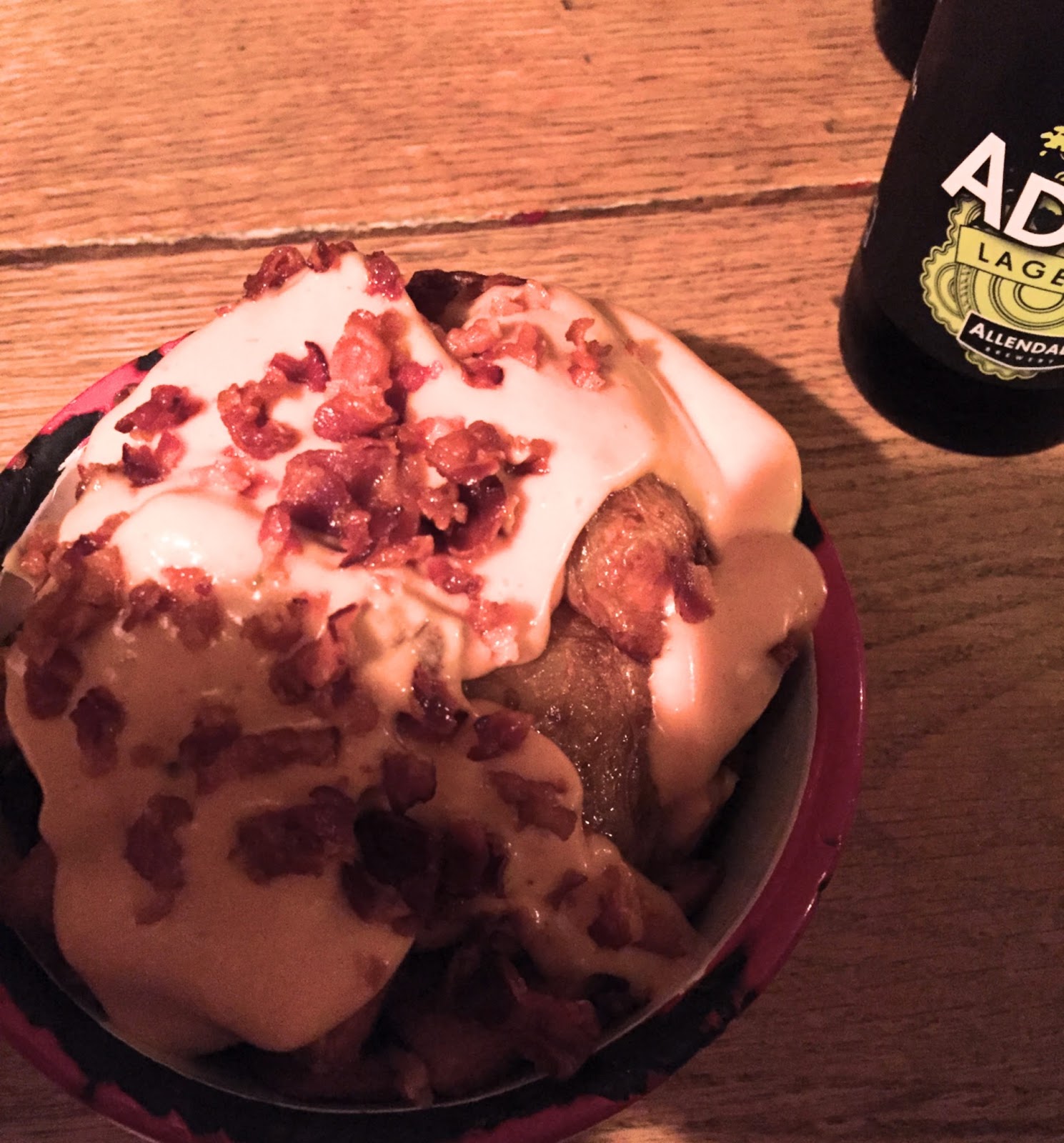 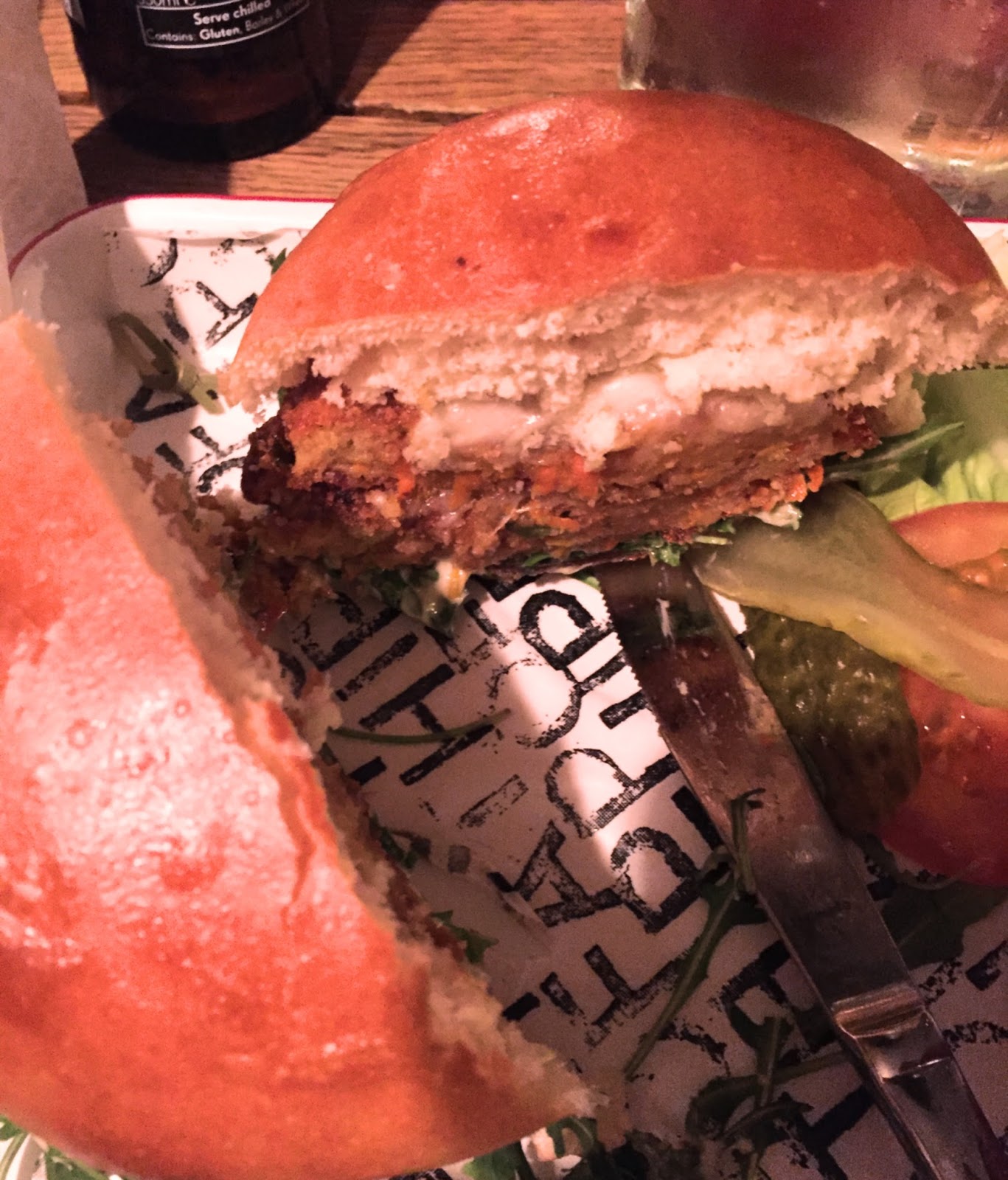 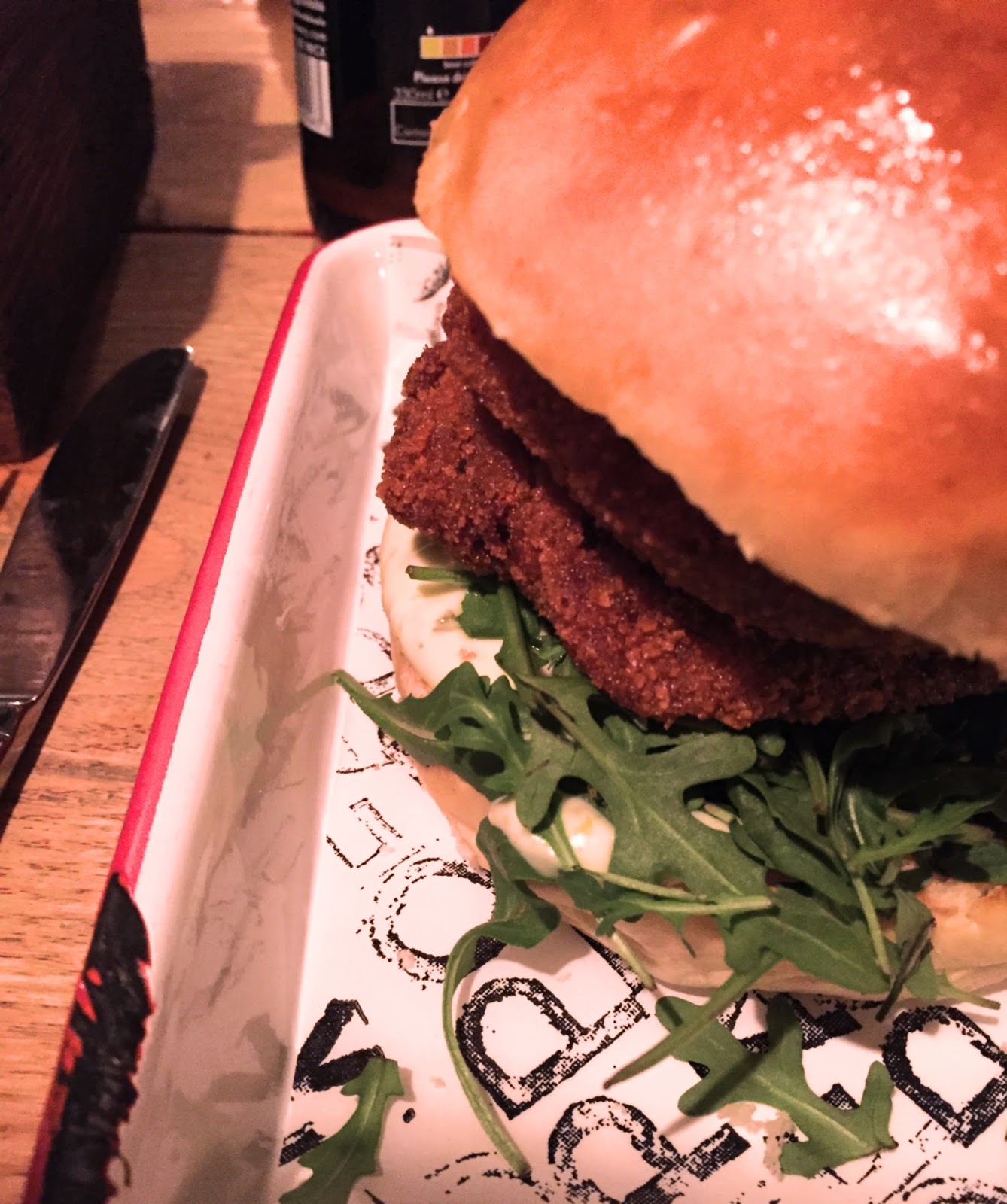 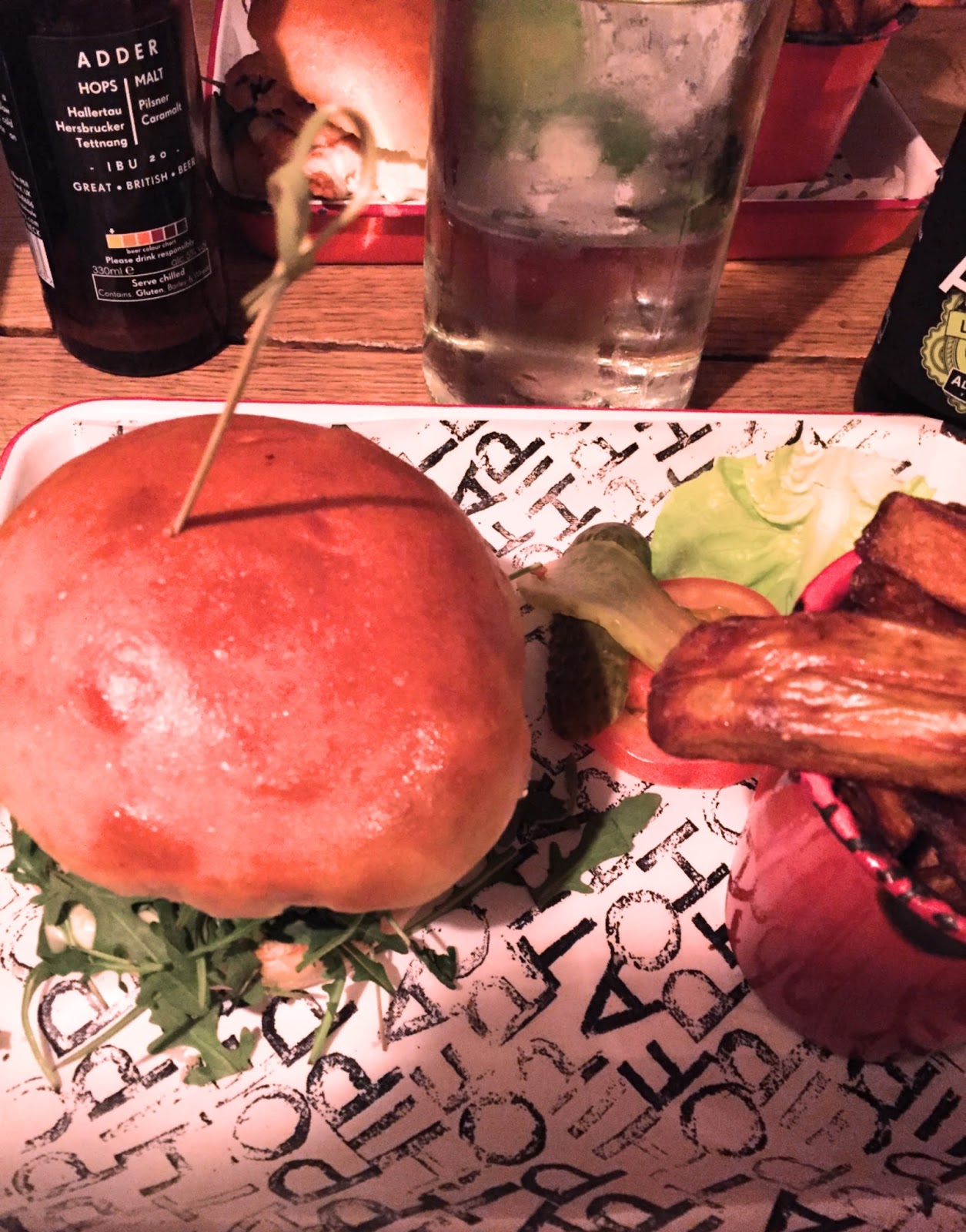 The Newcastle Fat Hippo had a really cool, alternative vibe – it’s called the underground because, you guessed it, it’s underground. It has an edgy but cosy feel, and the staff were welcoming and friendly. To say that we went out on a Friday night and it was busy, we both found service to be speedy – a tip was certainly left. I can definitely see myself returning to the Fat Hippo – there’s more on that menu I really want to try!

If you like a good burger and chips, at a reasonable price then The Fat Hippo is for you.

What do you think?